Prototyping for (web) apps with digital tools and methods

With interactive and detail-oriented prototypes for web and mobile, we test product ideas directly with users. This way, feedback can be incorporated iteratively and the prototype can be continuously improved without starting development right away.

Prototyping is the creation (and subsequent testing) of product ideas in a still rudimentary form - the prototype. This allows companies to quickly test new product ideas with a target group without going directly into programming. 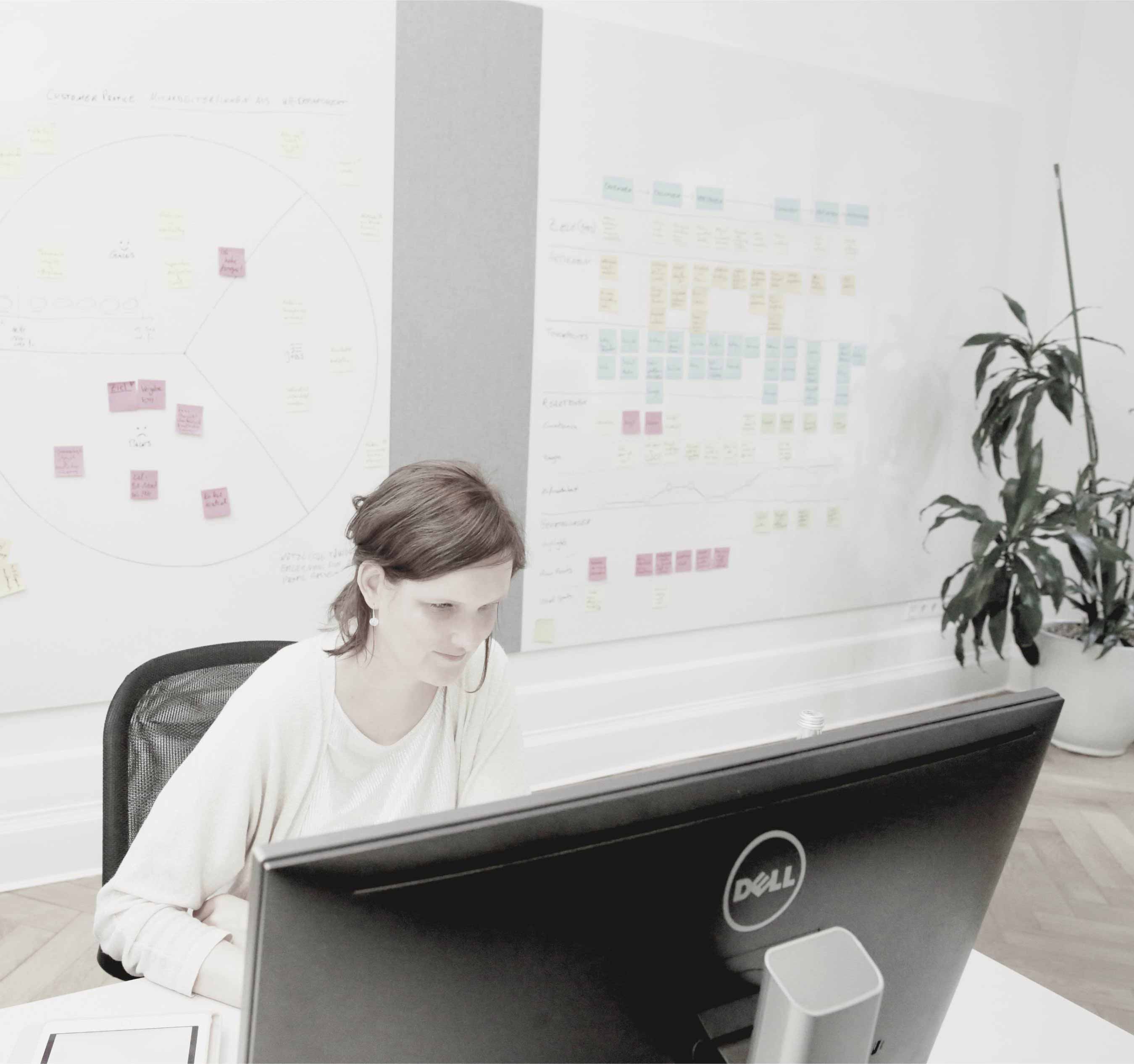 Why is prototyping important?

Prototyping is the most cost-effective way to test a product vision on real users to get authentic feedback for a possible development. Assumptions can be validated, ideas can be tested and different variations (A/B testing) can be tried out.

How do we go about
prototyping?

In the most rudimentary form, paper prototypes can be modeled that depict the later product and can give testers an idea of its approximate appearance. Somewhat more advanced is a digital prototype, which we can create with tools such as Figma, Framer or Adobe XD and optimize for various platforms such as smartphones or tablets. The digital prototype is outwardly almost indistinguishable from a real app and includes clickable elements and animations in addition to an authentic design.

The highest level of prototyping is the functional prototype. This is coded by a developer using a framework such as Ionic or React Native. In addition to an extended range of functions, such as interfaces to sensors in the device, it also offers the possibility of storing and processing data. The advantage of this is that subsequent development can be seamlessly based on the prototype, thus reducing development costs.